Steve is a highly respected engineer who works each day with many of the top musicians in the country. A highly sought after engineer who works with some of the biggest names in music Steve can bring years of invaluable experience to any project.
Steve has mixed projects from Hollywood soundtracks to BBC nature documentaries including the recent Frozen Planet series (George Fenton).
With over 25 years of experience in the industry, Steve has the versatility to approach any project from a knowledgeable base.
Engineer - Mixer - Producer 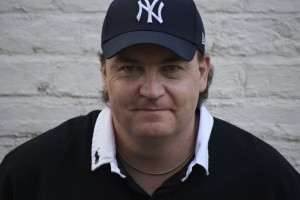 Steve Price is a double Grammy® winning engineer, mixer and producer with over 25 years of experience in the recording industry. Having started out at the legendary, but sadly now defunct, CTS Studios in 1985, where he worked under engineers such as Dick Lewzey, Dave Hunt and Paul Hulme and with industry legends’ such as John Barry, Ennio Morricone and Hans Zimmer, he has gone on to become the engineer of choice in multiple film and T.V. soundtracks and on countless records spanning multiple genres. Steve has established himself as one of the top recording engineers and mixers in the country today with an impressive roster of clients and credits to his name.